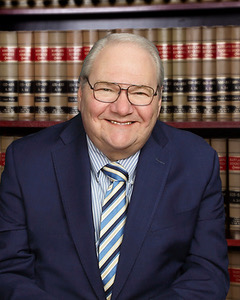 Send an email to Ronald A. Karp

Ron was also featured in The Daily Record, read a copy of the story on our BLOG

Ronald A. Karp, the Managing Partner of Karp, Wigodsky, Norwind, Kudel & Gold, P.A., is heading into his 50th year of practice. He still practices law every day. For all of these years, his guiding principle has been an unwavering commitment to changing lives and making justice a reality. If you want to fully understand Ron’s philosophy of practicing law, read his Message from Managing partner.

Changing lives is more than a slogan on the firm wall, it is at Ron’s very heart and soul. His greatest satisfaction is obtaining justice and compensation for victims faced with life-altering injuries or devastation. Ron is proud of the exceptional results his law firm has delivered to thousands of clients throughout the years. Ron is also proud that the firm is rated in the Top Tier by U.S News and World Report for law firm rankings.

In 2010 Ron and Thomas Fay tried a case in federal court in Washington, D.C. on behalf of victims of the 1998 bombing of the two U.S. embassies in Africa. That trial ultimately resulted in a $487 million dollar judgment for the victims and their families. Years have been spent trying to collect the judgment by a team of lawyers, most notably James Murphy, Esq, Tom’s daughter Caragh Fay, Esq, Amanda Perry , Esq. and the Gibson, Dunn law firm. As of this writing in August of 2022, almost $100 million dollars has been collected and distributed to the victims and their families. Ron has been proud to have represented these victims since 2000 and worked with a very talented team of lawyers for over two decades to secure just compensation for them. It has been one of his great professional joys to have kept in touch with these wonderful clients for two decades.

Among Ron’s prominent cases, he is proud of representing a group of women at a Fortune 500 company that were sexually assaulted/harassed by their supervisor. The case resulted in an extensive, hard fought, jury trial culminating in a generous verdict vindicating his clients. (See his blog on Sexual Assault and Harassment on our website). Ron also represented Montgomery County Police Chief Charles Moose (famous for the capturing the snipers) in his First Amendment battle to publish his book Three Weeks in October, which became a New York Times bestseller. Ron’s co-counsel in that case was then constitutional law professor Jamie Raskin, now his congressman.

Ron secured the very first million dollar jury verdict in the history of Frederick County, Maryland and had secured millions of dollars in settlements for victims of truck accidents and other negligence.

Well-respected by his peers, Ron has been selected again in 2022 to appear in Best Lawyers in America—a listing of the top one percent of lawyers in the United States. Ron has also been selected again by his peers for inclusion in the 2022Super Lawyers listing. He has been listed in Super Lawyers for as long the rating service has been around and on numerous occasions he was listed in the Super Lawyers Top 100 lawyers in BOTH Washington, D.C and Maryland. He was listed among the top 100 lawyers receiving the highest point totals in voting by his peers and a blue ribbon panel. With more than 100,000 lawyers in the Washington, DC/Maryland/Virginia area, this recognition by his peers in both jurisdictions has been a source of professional pride. He has the highest peer rating possible from Martindale-Hubbel and has been inducted as a Fellow in the Maryland Bar Foundation and the prestigious Belli Society. He has been a past president of the Trial Lawyers Association of Metropolitan Washington, D.C, the George Washington Inns of Court, and the American Board of Trial Advocates (for the Washington region).

As the firm’s managing partner, Ron has been a frequent lecturer at trial lawyer seminars. He has lectured with his friend Tom Fay on representing victims of terrorism and domestic crime at the Washington College of Law. He has been lead counsel in a numerous high-profile cases which have been referenced in The Washington Post, The Wall Street Journal, The Times of London, NBC Network News, People Magazine and numerous other media outlets.

In Ron’s long career, he likes to cite, as an example of affecting many lives for the better, a case he tried against the District of Columbia which resulted in the busiest hospital in the city getting a CT Scan machine — Blake v. District of Columbia. The verdict was picked up by the Wall Street Journal in an editorial that warned hospitals not to try to save money by cutting back on medical equipment. That case has since been cited throughout the United States when local municipalities are seeking sophisticated medical equipment for their hospitals. It was a case for which Ron was honored with the Trial Lawyer of the Year Award by his peers in Washington, D.C.

In 2012, Ron’s son Andrew joined the firm, bringing with him one of the greatest joys of Ron’s legal career, the ability to pass on a commitment to changing lives and making justice a reality. They continue to work on cases together.

Professional memberships (past and present)