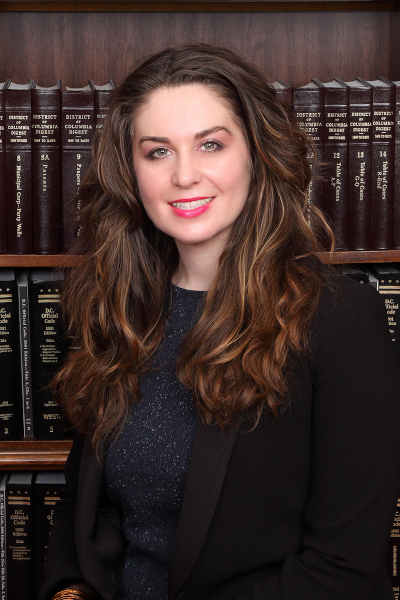 Allia speaks three languages (English, French and Persian) and holds a law degree from Catholic University and a Master of Arts in Philosophy from George Mason University.  She spent a year abroad studying at the prestigious La Sorbonne, in Paris, France. She is committed to seeking justice for her clients.

Allia represents clients in personal injury cases in both state and federal courts in all three local jurisdictions—Virginia, Maryland, and the District of Columbia. Since joining the firm in 2017, she has been involved in cases in the following practice areas: premises liability, medical malpractice, automobile collisions, legal malpractice, traumatic brain injuries, and wrongful death.